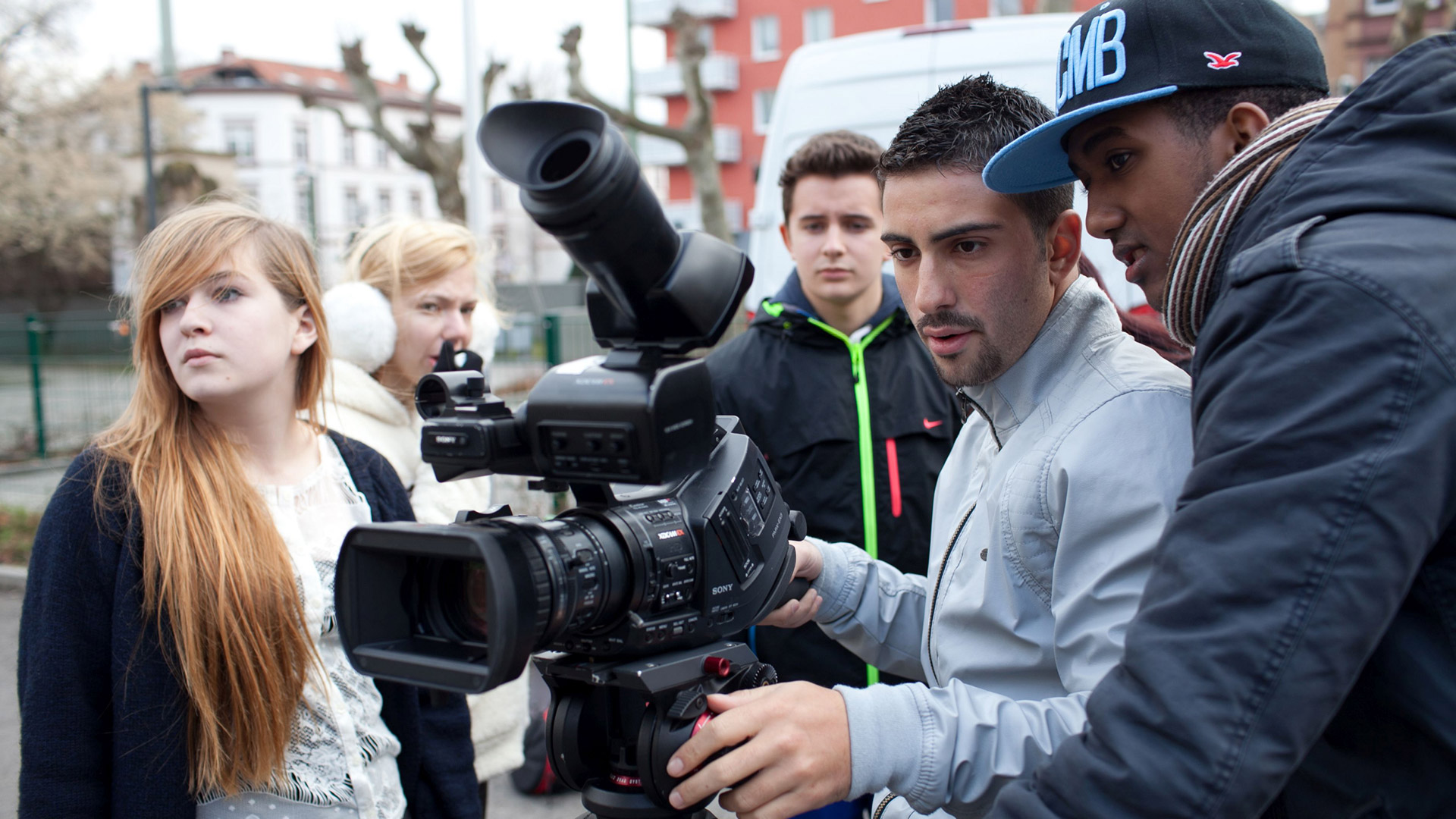 German society, like many other societies, is pluralistic and diverse and has been shaped by immigration for decades. Therefore, we have joined forces with the Bundeszentrale für politische Bildung (Federal Agency for Civic Education), VISION KINO and the Austrian Film Museum to give more thought to and promote the cultural diversity of our society in all our efforts to mediate film. The impetus for this came from the symposium “Film, Flucht und Interkultur” (Film, Flight and Interculture), which was co-hosted by the Federal Agency for Civic Education and the DFF in Frankfurt in 2016. We since intensified our cooperation with VISION KINO and the Austrian Film Museum further to reflect and act on the results of the symposium. Together we have been developing a concept that contains theoretical principles, recommendations for action for people working in film mediation as well as concrete training programmes.

Starting from autumn 2019, we will offer trainings targeted at film education multipliers and authors of teaching materials in Frankfurt, Berlin and Vienna. In a second step, we will also offer training courses for teachers that are currently under development. The Chair of Aesthetic Education at the University of Cologne provides scientific support in this process.

An important goal of this initiative is not only to promote an intercultural attitude outside of our own institutions, but also to initiate a self-critical reflection within them.