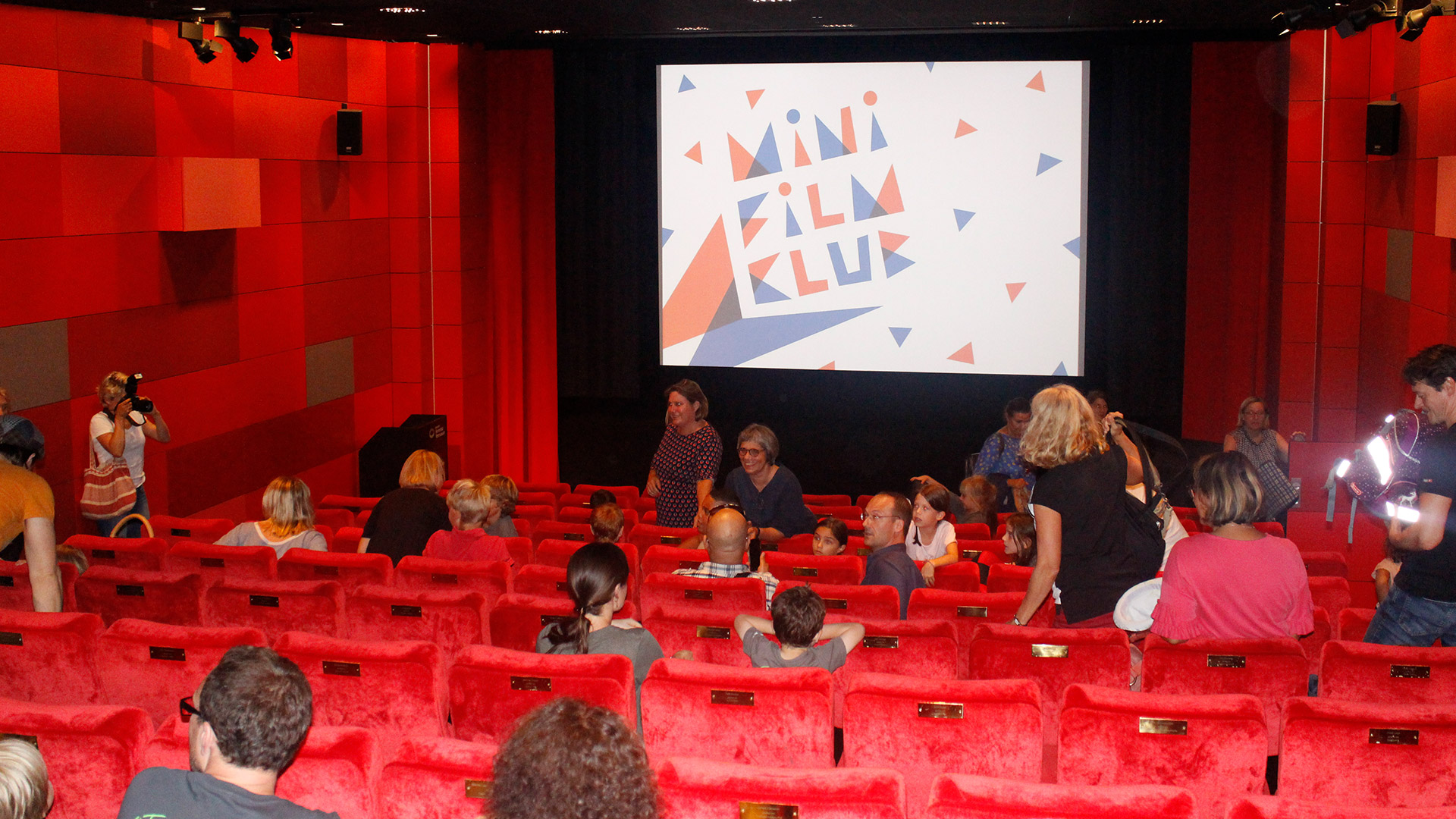 Dance of Colours and Play with Stones: Experimental Films for the Youngest

In the MiniFilmclub at the DFF, children between the ages of four and six explore the permanent exhibition on the prehistory and early history of film on eight dates and watch short avant-garde, art, and experimental films from the film edition specially developed for the MiniFilmclub in the cinema at the DFF. After the screenings at the DFF, the film edition is given to the day-care centers, where it is placed alongside the picture books on an equal footing so that it can be pulled out and used further at every opportunity.

In the MiniFilmclub children discover not only the cinema itself (a place that is certainly still unknown to many of them), but they also get a look behind the scenes, such as the projection room with its huge projectors.

Following the film screenings, the children become creative themselves in our workshop rooms: they paint and scratch on transparent film strips, make animated films with the help of stones and find out what happens when you dance in front of coloured lights and project the shadows onto a screen.

The activities are inspired by the films previously shown in the cinema and produce creative results that can be admired by the parents at the end of the course. Parents learn about the project and its goals at parent-teacher conferences prior to the start of the course.

The MiniFilmclub was developed by DFF together with experts from two educational institutions with the aim to emphasize the artistic significance of films and to make film a aesthetic experience for children.

The MiniFilmclub can be booked by groups. In addition, the DFF offers training courses for film enthusiasts and pedagogical specialists, who we support with extensive accompanying material in the preparation and follow-up of the course.

The MiniFilmclub is part of the Robert Bosch Stiftung’s “Art and Games” project.

In 2018, the DFF – Deutsches Filminstitut & Filmmuseum launched a model project – funded by the German Federal Cultural Foundation and with a renewed grant from the Robert Bosch Stiftung – to share the expertise it has gained in shaping cultural participation nationwide. In cooperation with the Arsenal – Institute for Film and Video Art in Berlin, the Filmmuseum Potsdam and their daycare partners EKT “Regenbogen-Kidz” Berlin and the AWO daycare center “Kinderhafen” Potsdam, new complementary formats were created. A pilot project for transfer to other nationwide cinemas and daycare centers was developed and tested together with Lichtburg Filmpalast Oberhausen, Kino Endstation Bochum and Filmhaus Nürnberg and their partner daycare centers.

In Frankfurt, the Grüne Soße daycare center (Sozialpädagogischer Verein zur familienergänzenden Erziehung e.V.) has incorporated the topic of film education in its concept and is on its way to becoming a cultural daycare center with a focus on film. The long-standing partnership between the daycare center and the DFF has now led to ongoing collaboration in an interdisciplinary team that jointly develops and tests film education programs for an early childhood target group.

Within the framework of the model project, a sustainable, nationwide transfer of knowledge and formats was initiated with the “Forum Frühkindliche Filmbildung” (Forum for Early Childhood Film Education), a workshop for cinema operators, film mediators and educational professionals on October 19 and 20, 2020. At the same time, the DFF published “Filmästhetik und Kinomagie – Erfahrungen mit dem MiniFilmclub” (Film Aesthetics and Cinema Magic – Experiences with the MiniFilm Club), a comprehensive theoretical and practical publication on the perspectives of early childhood cultural education on the topic of film.