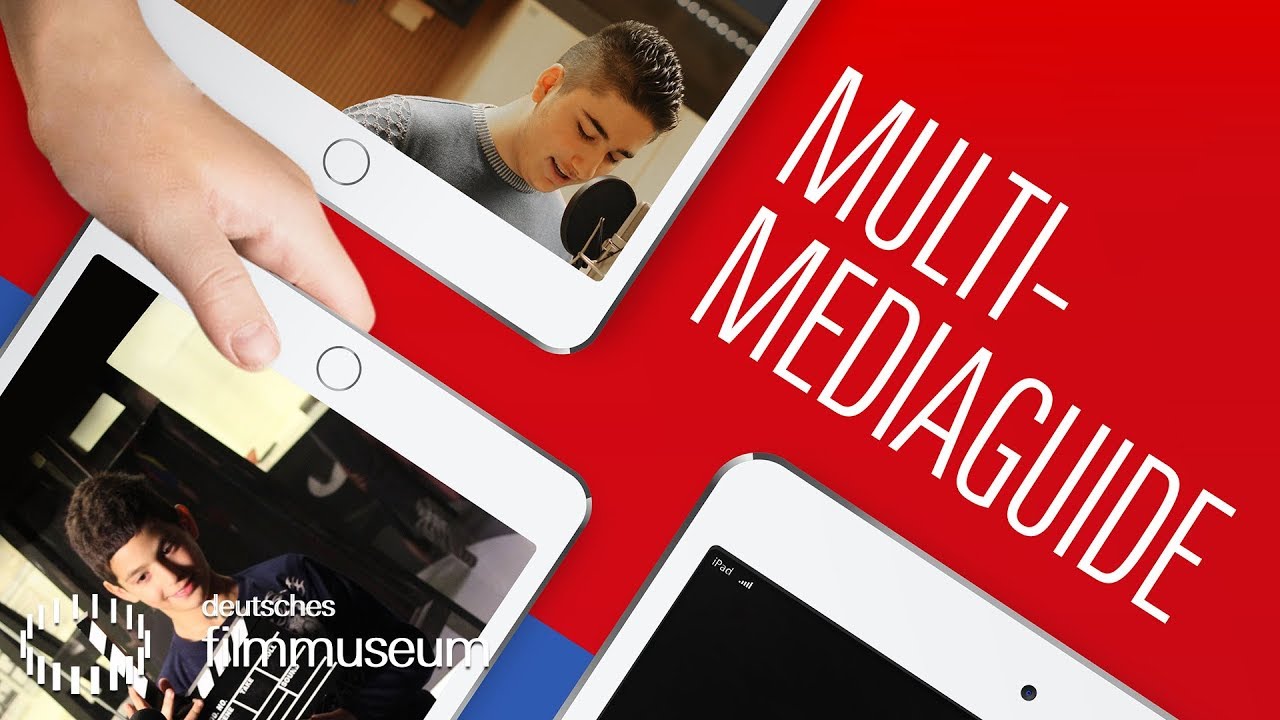 By Young People – For Young People: Multimedia Guide for the Permanent Exhibition of our museum

Our multimedia guide was created by children and young people and contains videos in which they introduce exhibits featured in our permanent exhibition of the DFF. The guide also provides information about our cinema and our archives as well as an interactive photo game. Visitors can borrow the guide free of charge from the DFF box office. 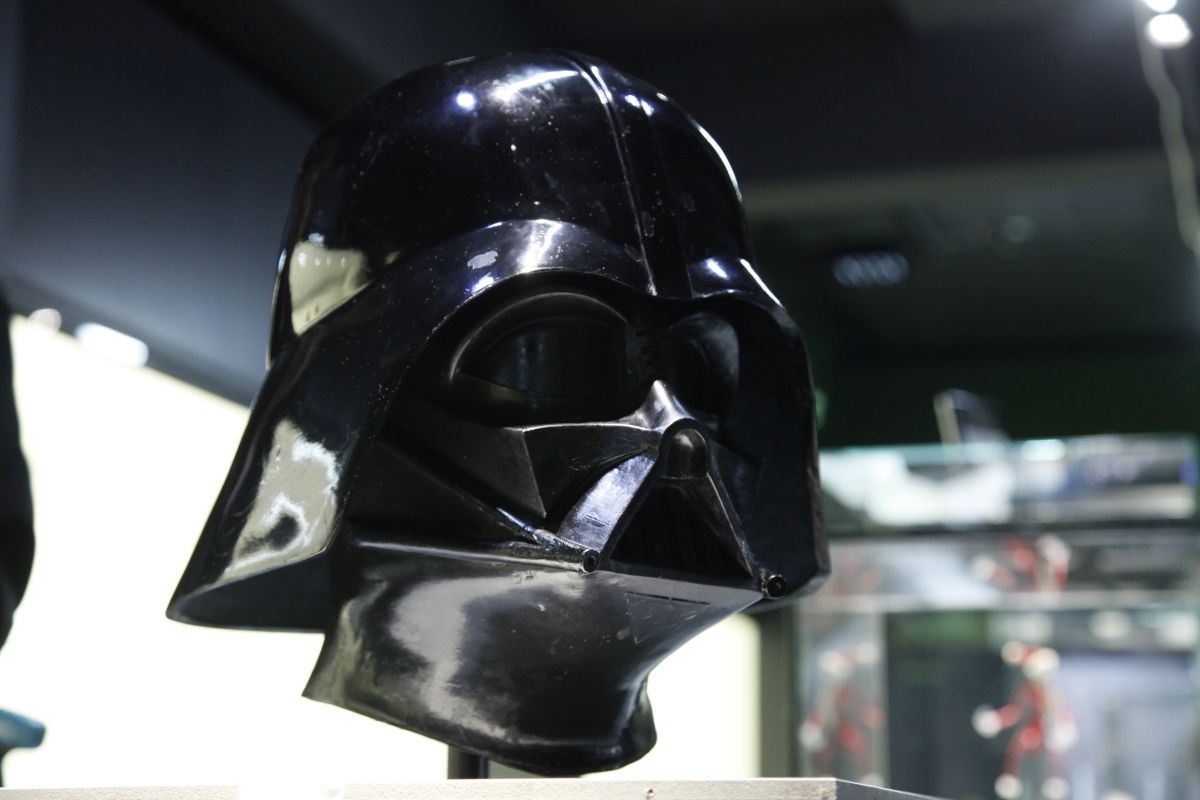 Rufus talks about the secret of the Kinetoscope 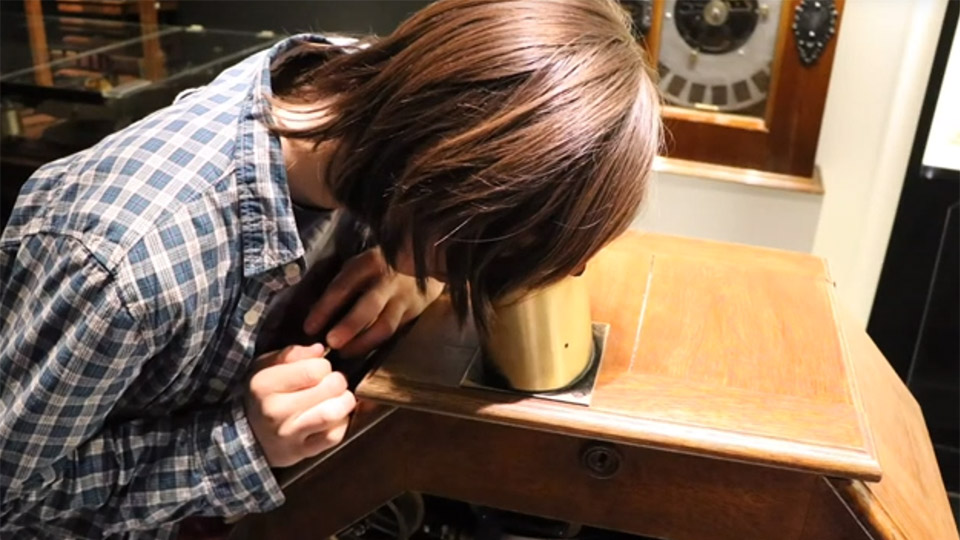 The multimedia guide by young people for young people and families was created in a three-year model project. One aim was to learn from the young participants how they perceive the museum and its contents. The findings informed our museum’s educational work.

During the first phase of the educational project the participating pupils should discover what exactly a museum is, which departments and jobs there are. For this reason, many of the house’s employees had long conversations with the 21 elementary school pupils from a fourth grade in the Frankfurt Gallus district. The young researchers took a close look at the museum team and conducted detailed interviews with the employees – for example, about how the cinema programme comes together or what the everyday working life looks like. They also filmed the interviews themselves. For a period of six months, the kids would exchanged their classrooms for the museum every Friday.

Between January and July 2016, a second group of young people, this time  between the ages of 16 and 18 explored the building. They focused on the second part of the permanent exhibition, which deals with “filmic narration”. The teenagers participated in workshops on acting, image, sound and montage. They watched films together in our cinema, discussed and analysed them. During their research in the archives of the DFF and in discussions with experts, the participants deepened their knowledge about selected exhibits on display at the DFF. Among the highlights was an interview with the actor David Bennent (DIE BLECHTROMMEL, BRD/FR 1979, Director: Volker Schlöndorff), who came from Berlin to talk about his profession. Three of the teenagers were so impressed by the camera work in Wolfgang Petersen’s DAS BOOT (BRD 1981) that they went to Munich to talk to Jost Vacano, the film’s director of photography. A major outcome of their work was the compilation of a series of videos, audio pieces, photos and texts for the multimedia guide.

A third group of participants, aged twelve to 14, devoted themselves to the first part of the permanent exhibition on the theme of “Filmic Seeing”. This group dealt with the themes of the permanent exhibition in in-depth workshops and independently researched background information on selected exhibits. They took part in a workshop with Oscar®-winning animator Thomas Stellmach, in a Laterna magica performance by the Illuminago ensemble at the DFF cinema and wrote and performed the music to accompany three early silent films live in front of a large audience at the end of a two-day “Music and Silent Film Workshop”. In April 2017, the group also made audio contributions to their guide recorded in the recording studio of the Frankfurt Opera.

The finished multimedia guide with the contributions of the children and teenagers and further in-depth information, photos, film excerpts and an interactive photo game has been available to our interested visitors since September 2017 and can be borrowed free of charge at the box office of the DFF.