DFF collaborates with the University of Marburg

Until only some time ago, it used to be common knowledge in Film Studies that women played only a minor part in the early years of filmmaking. “Women’s work” was dismissed as menial labor, if at all accounted for, notwithstanding the innumerous women who have been essential to the film industry from the very beginning. Women have worked globally not only as actresses before the camera, but also behind the scenes, as secretaries, editors, scriptwriters, producers, hand-colorers, costume designers, operators, and directors among other indispensable occupations. But still today, women’s contributions continue to be marginalized in footnotes or text boxes. This marginalization is due to the lack of historical sources but also to the particular research interests and concepts of film and history.

On this account, the research group makes the case that the objective of feminist historians to tell a story differently rather than telling a different story is yet to be achieved. Therefore, the group seek to put into the foreground what or rather who has been overlooked in the past decades and reflect film history in its multidimensional nature. In doing so, methodological and epistemological questions are closely linked. In response to the growing production and application of research data in the era of digitalization, the project focuses on data visualization (i.a. diagrams, network analysis, i-docs). It will approach the subject both from a theoretical and practical-exploratory perspective. In addition to theoretical case studies, it is intended to create and explore data visualizations which facilitate access to aggregated research data on women’s impact on Early Cinema. The research group comprises three projects with a focus on job titles, biographies and blind spots, which are brought together in an overarching comparison with regard to data, digital tools and media aesthetics.

Primarily situated in the field of Film and Media Studies, the research group aims to contribute to a fruitful debate on digital tools and methods in the international context of digital film historiography and cognate fields. Furthermore, it seeks to foster the critical discourse on knowledge creation, research data management and open science in the humanities. Ideally, the project will serve as a best-practice approach, providing a guideline for further initiatives to make use of existing research and develop collaborative open data projects in Film and Media Studies.

The research group is cooperating on the project with the Women Film Pioneers Project based at Columbia University, New York City, and the DFF – Deutsches Filminstitut & Filmmuseum, whose data records on the largest platform on German film, filmportal.de, are the basis and subject of the project. The project is supported in its technological implementation by the Graphics and Multimedia Group of the Philipps University of Marburg. The research project is funded by the BMBF within the framework of the guideline for the promotion of research and development projects for the theoretical, methodological and technical advancement of the digital humanities over a period of four years. 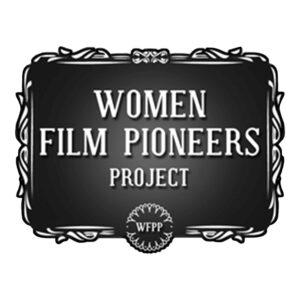 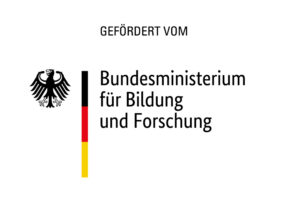