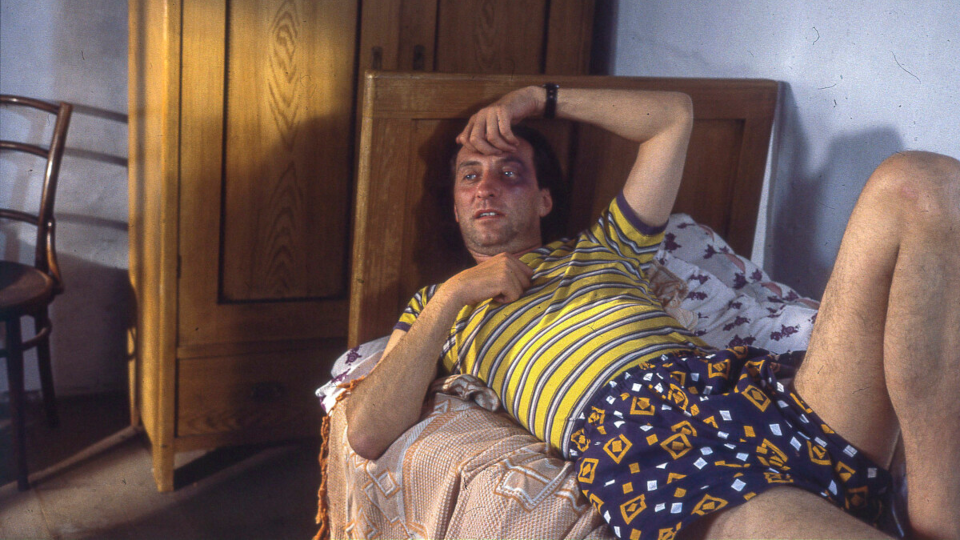 With her surrealist-inspired, anarchic works, Věra Chytilová gave cinema a new face in the 1960s. The Lecture & Film series “Between Surrealism and Subversion: The Films of Věra Chytilová” presents the director’s most important works with introductions by experts who situate Chytilová in the context of the current film studies debate.

On Thursday, January 20, scholar and independent journalist Jan Čulík (University of Glasgow) will give a video lecture titled “Chytilová’s Inheritance: A prescient analysis of boorishness” on the feature film DĚDICTVÍ ANEB KURVAHOŠIGUTNTAG. The film takes a look at the excesses of the post-communist era with bitter irony and brutal realism. In another video lecture on Thursday, January 27, film scholar Peter Hames (Staffordshire University) will talk about Chytilová’s unorthodox approach to the field of documentary filmmaking, using VZLETY A PÁDY as an example. This rarely screened, two-part TV work takes the lives of three Czech photographers as the starting point for an exploration of cultural and countercultural movements in Czechoslovakia since the 1930s.

In his video lecture “Chytilová’s Inheritance: A prescient analysis of boorishness,” renowned scholar and independent journalist Jan Čulík (University of Glasgow) explores Věra Chytilová’s DĚDICTVÍ ANEB KURVAHOŠIGUTNTA: Even after the so-called “fall of communism” in the late 1980s, Věra Chytilová retained her stance for solidarity and public spirit. The film takes on the excesses of the post-communist era with bitter irony and brutal realism. At the time of its release, an eminent Czech film critic condemned the film as “the product of a bitter woman.” Was she to be proved right?

Jan Čulík teaches Czech Studies at the University of Glasgow in Scotland. He is the author of the first monograph on independent Czech exile literature between the years 1970 and 1989 and has written several books on post-communist Czech fiction and other monographs on 20th- and 21st-century Czech writers for the American Dictionary of Literary Biography. He is also the editor-in-chief of the Czech Internet daily Britské listy, which has been in existence since 1996.