Esther Williams (1921-2013) had already won several swimming championships as a teenager and was appearing with Johnny Weissmuller on the Aquacade Show when an MGM talent scout discovered her there. In 1944, she landed her first starring role in BATHING BEAUTY. Commercial success made her one of MGM’s big stars for the next twelve years. Without Esther Williams, the subgenre of the aqua musical would never have emerged: opulent, colorful musicals and revue films in which swimming pool scenes, often with elaborately choreographed synchronized swimming scenes, played a major role. She retired from film in the early 1960s and became a successful businesswoman.

Please see calendar below for information on the language versions of the films. (DF means German version) 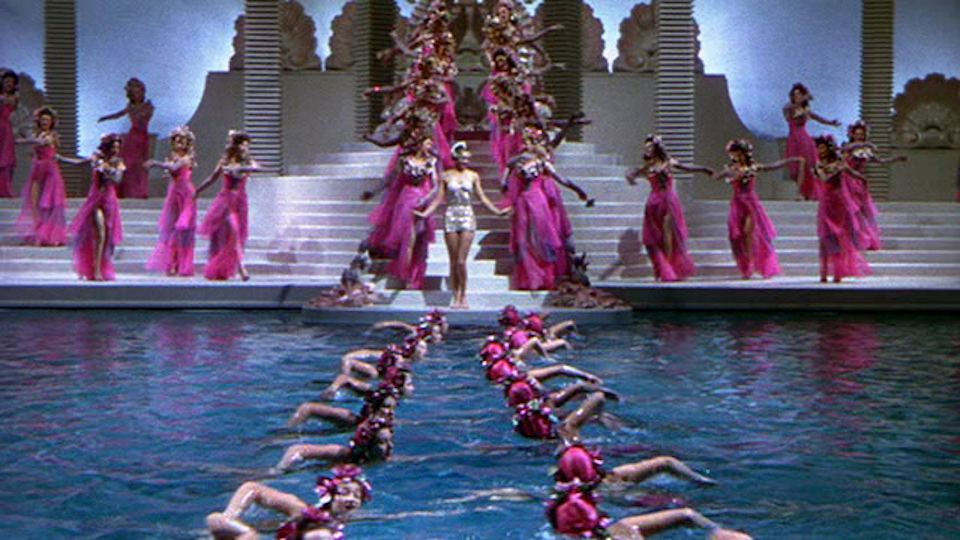 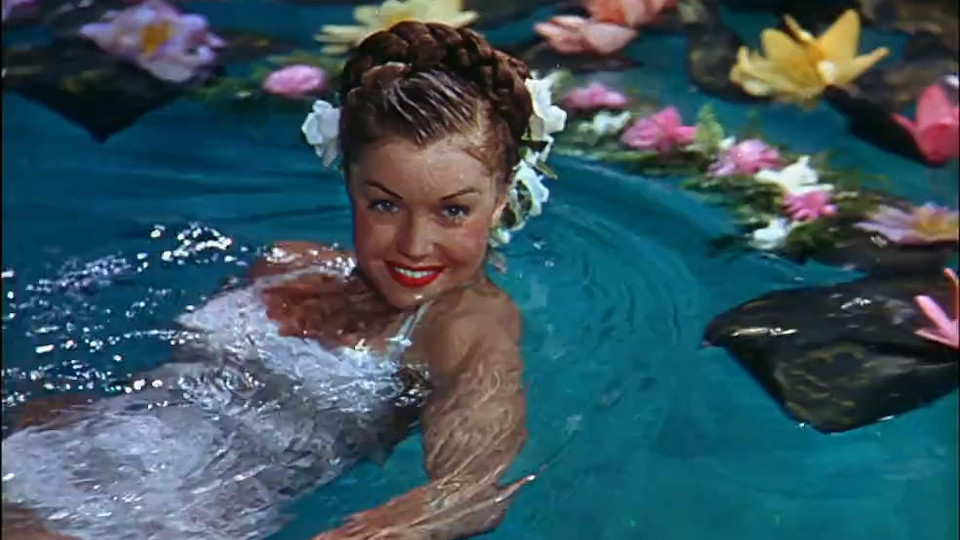 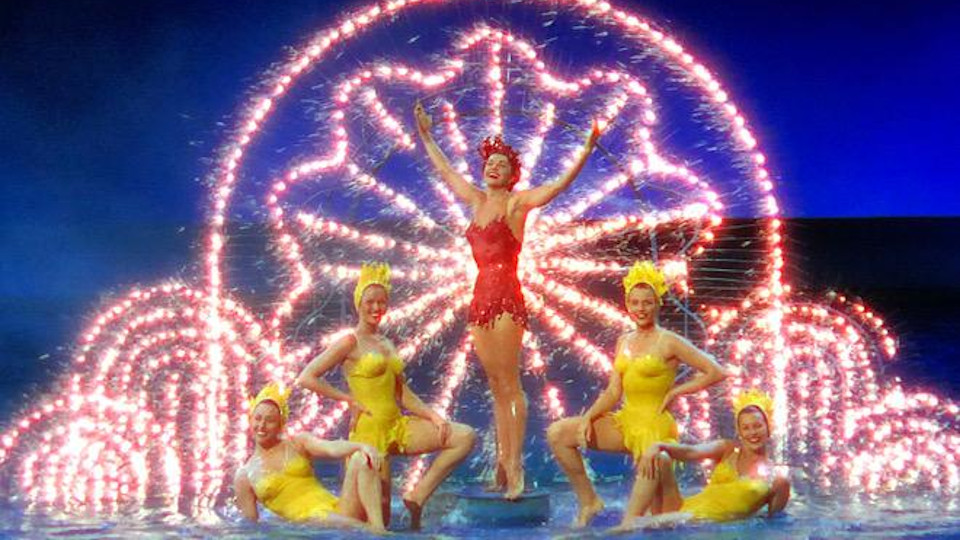 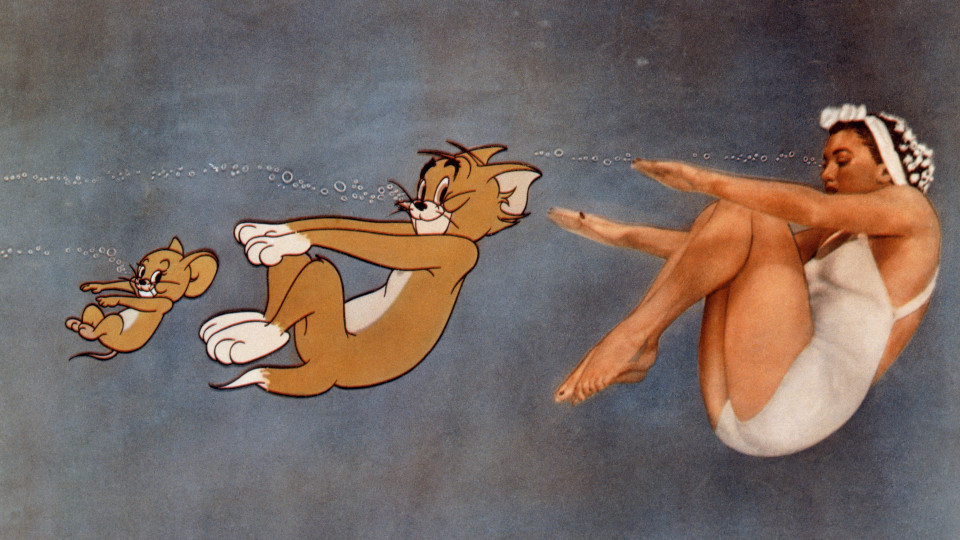