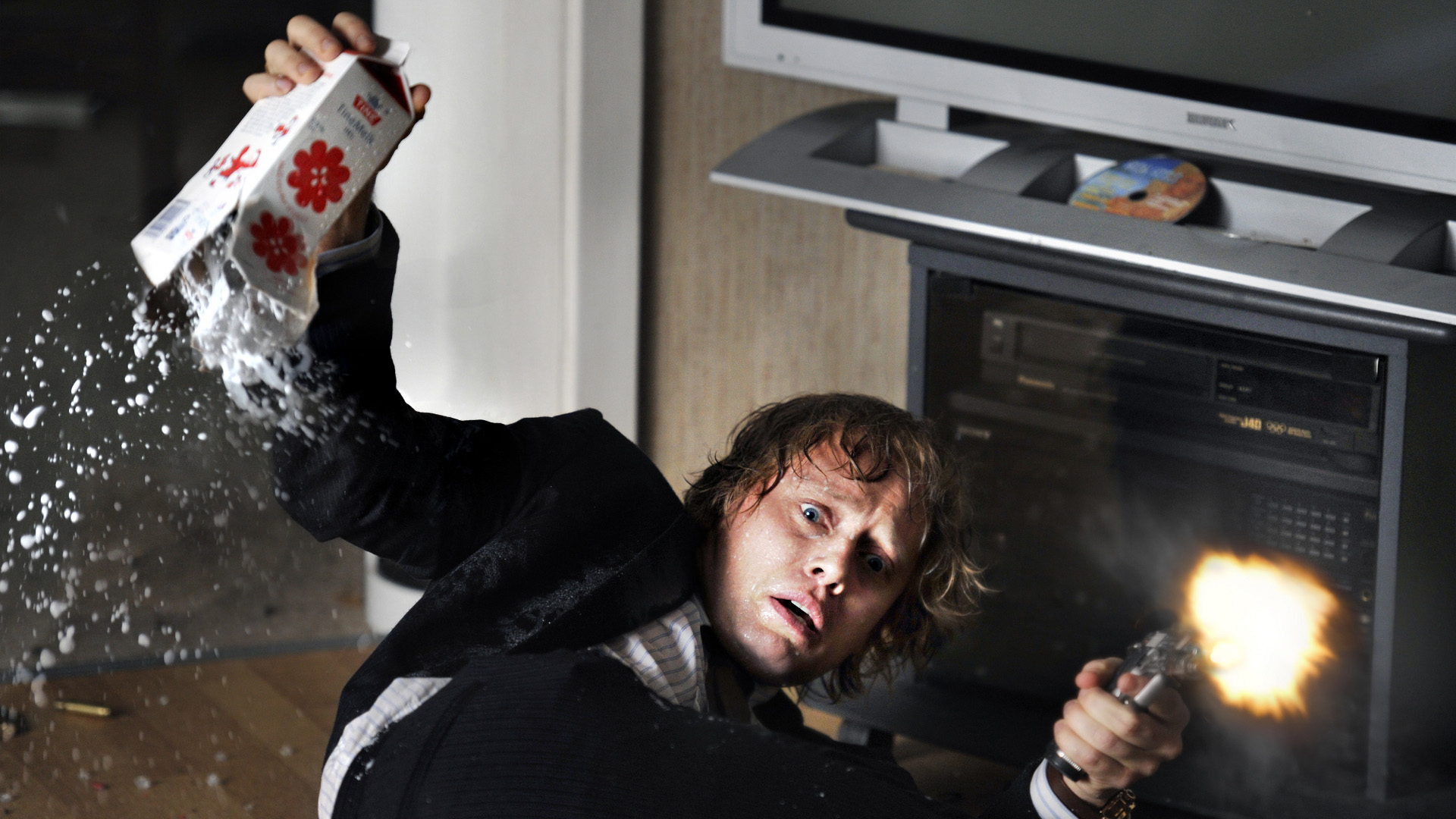 Günther Frauenlob, literary translator, and Stefanie Georgi, subtitler, discuss the differences between the German translation of the film and the novel. Moderator: Ulrich Sonnenberg.

After Jo Nesbø, one of the currently most successful thriller authors, has opposed film adaptations of his works for years, HEADHUNTERS is the first adaptation he has agreed to.

Director Morten Tyldum has turned the novel published in 2008 into a tough thriller movie with first-class actors and a cleverly knitted plot.

Roger Brown earns a lot of money as a recruiter and lives with his beautiful wife Diana in a magnificent villa. To finance this luxurious lifestyle, he uses his contacts with clients to steal their precious works of art. After stealing a lost Rubens from the smart Dutch businessman Clas Greve, he has to realize that he’s been messing with an unscrupulous manhunter and ex-soldier he can’t handle …

The event is part of the Bent Hamer retrospective.

In collaboration with: Weltlesebühne e.V.