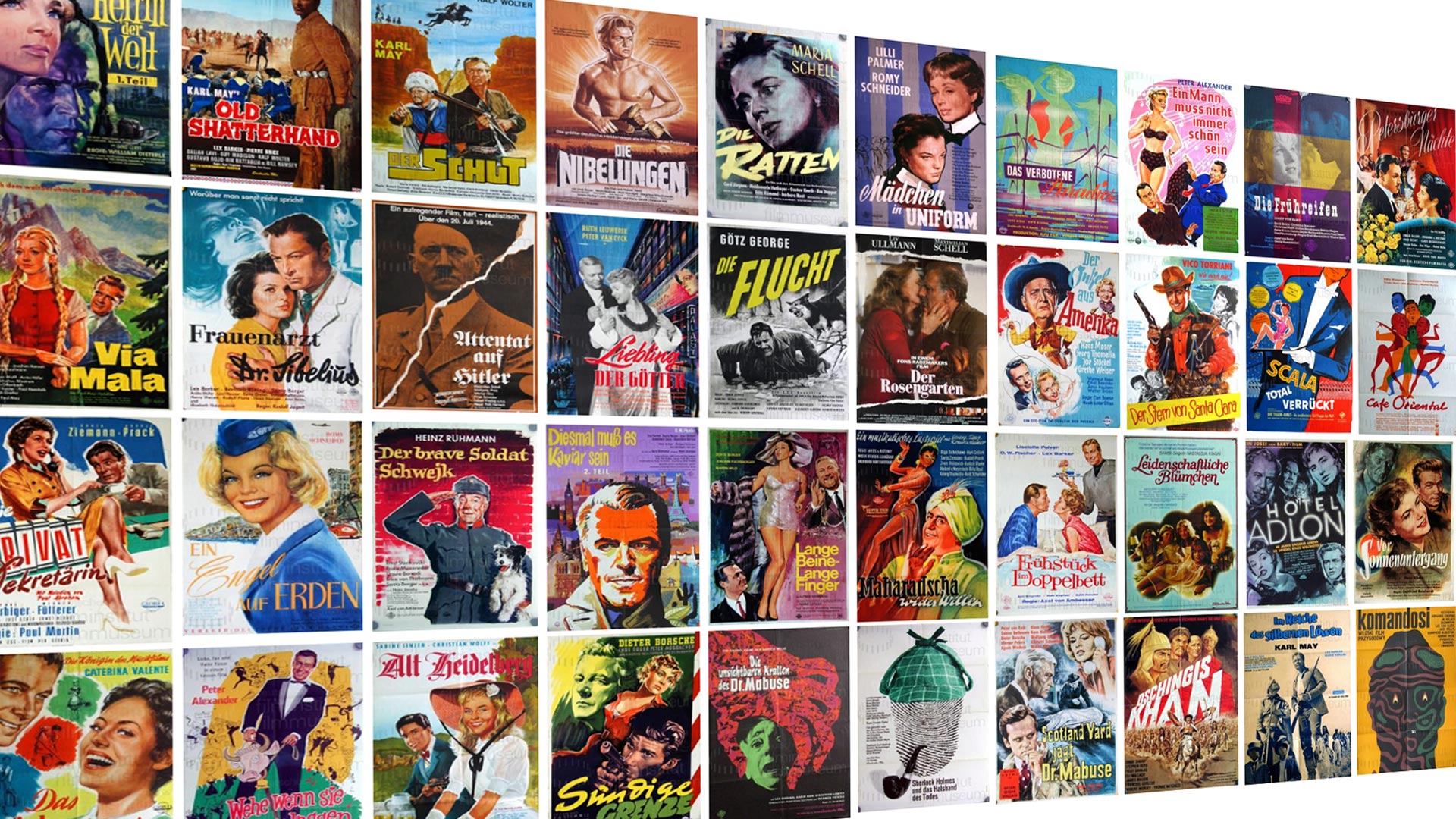 Artur Brauner at 100 – An Homage in Film Posters

This virtual collection of 299 posters shows the variety of subjects, design techniques and above all the artistic examination of films from German post-war cinema up to the present. As a film producer Artur Brauner, who turned 100 years old in August 2018, made films of all genres. From adventure films, comedies, romances, pop and music films to melodramas, literary adaptations, and crime thrillers: the posters are not only attractive advertising media for the films of Brauner’s production company CCC Film and their respective distributors, they are also representative of 70 years of German popular culture. With illustrations depicting stars such as Caterina Valente, Curd Jürgens, Romy Schneider, Maria Schell, O. W. Fischer, Ruth Leuwerik, Lex Barker and many others who have so much influenced the memory of films from the 1950s onwards in Germany, the posters always also represent contemporary taste, developments in printing technology and social conventions. From an artistic point of view, changed aesthetics in graphic design are striking in every decade. This is also where the clear demands of the distribution companies on the representation of the respective star, the representation of the respective genre, as well as the development of the drawn poster towards the use of photomontage become apparent.

Go to the online exhibition

The collection of posters of Artur Brauner films featured in this online exhibition does not claim to be complete. It documents the holdings of the DFF as well as the Artur Brauner Archive (ABA), which is preserved at DFF at the time of the making iof the exhibition (August 2018).