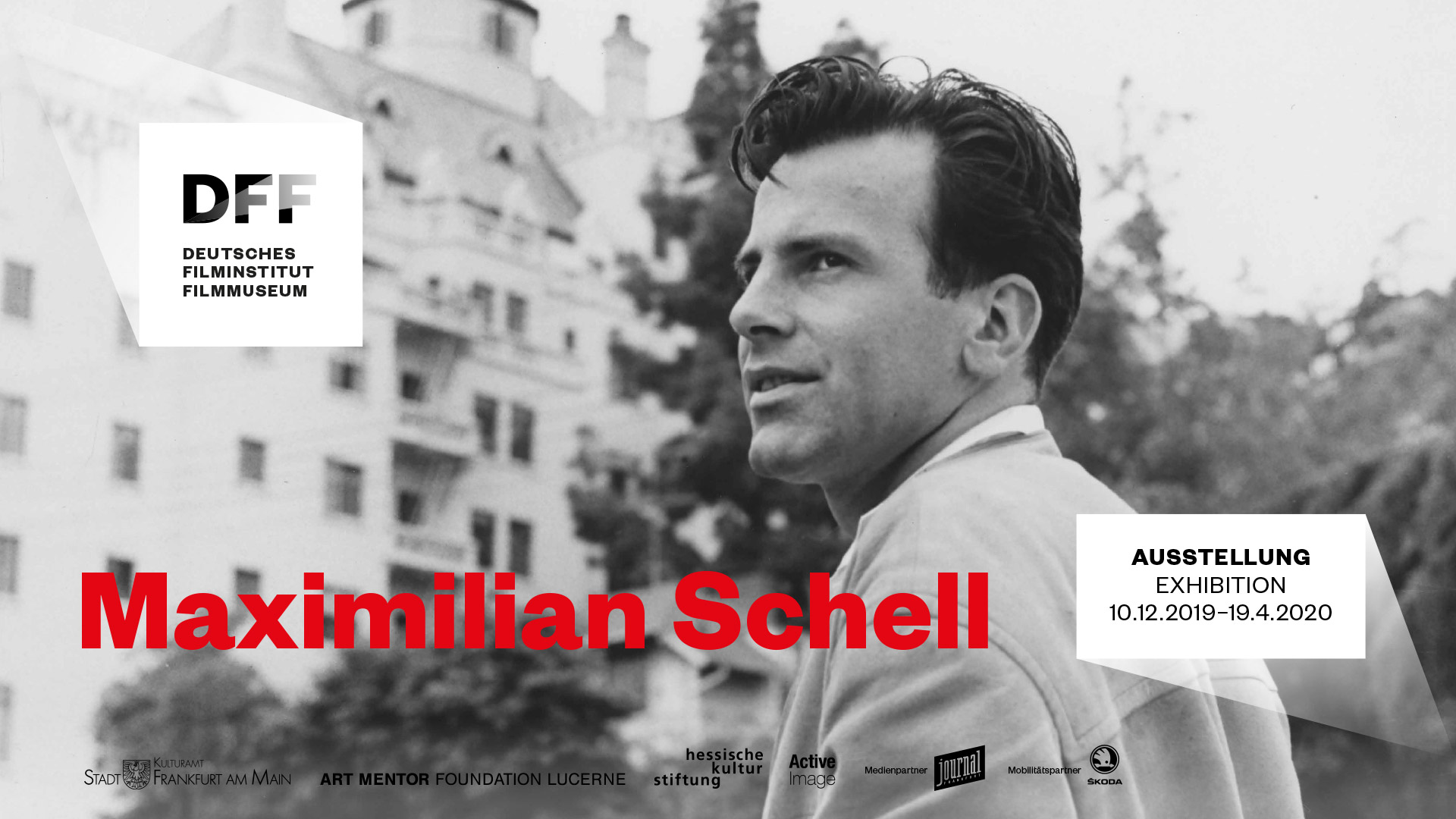 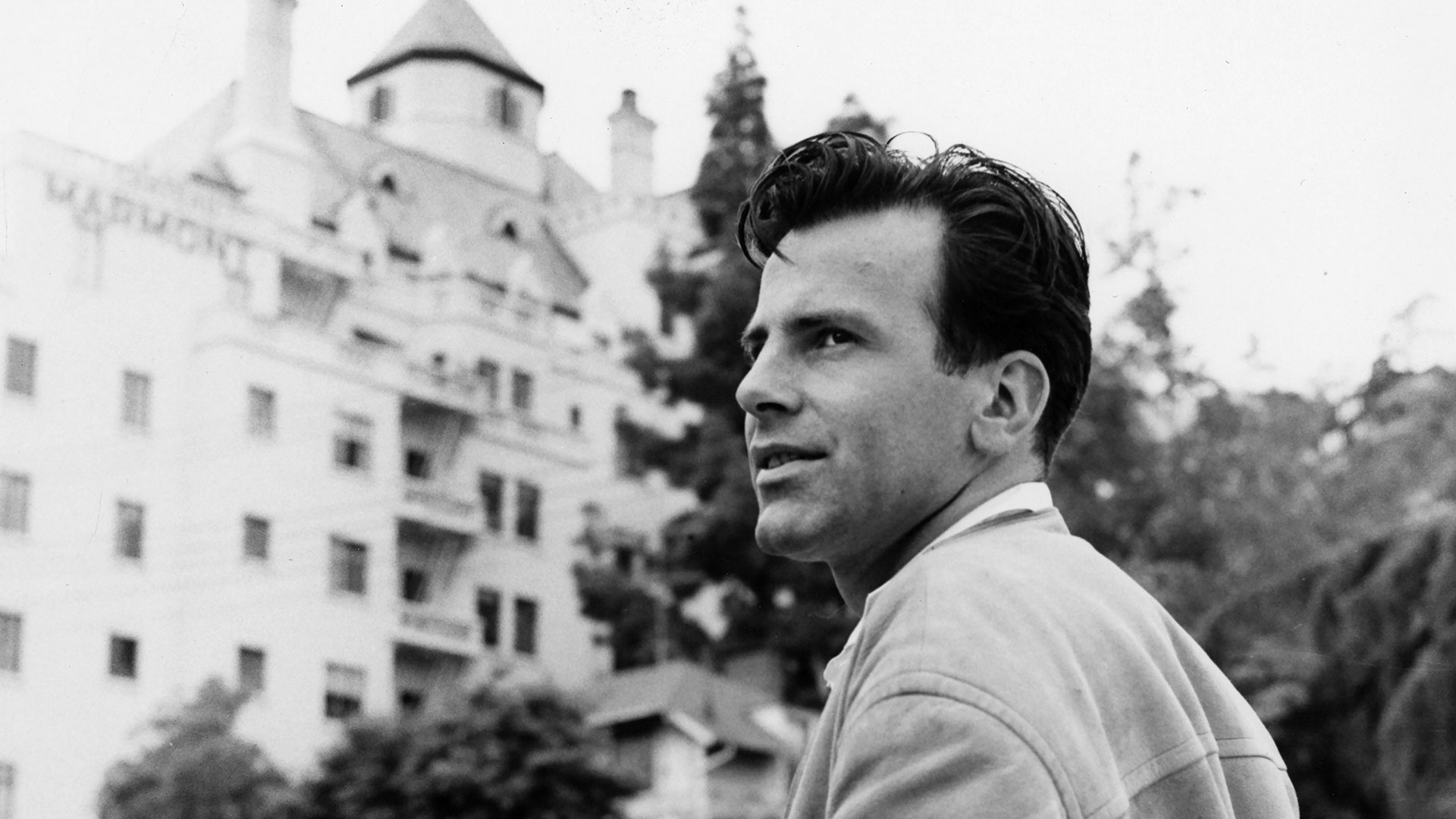 He is one of the few German-speaking actors to have succeeded in Hollywood. Early in his career Maximilian Schell won the Oscar® for Best Actor for JUDGMENT AT NUREMBERG (US 1961, R: Stanley Kramer). In this star-studded movie he played alongside famous colleagues like Spencer Tracy, Burt Lancaster, Judy Garland and Marlene Dietrich. It was over 20 years later, in 1984, when he made MARLENE, his legendary documentary about Marlene Dietrich, who herself was one of the first German (speaking) actors who emigrated to the USA and achieved stardom there. 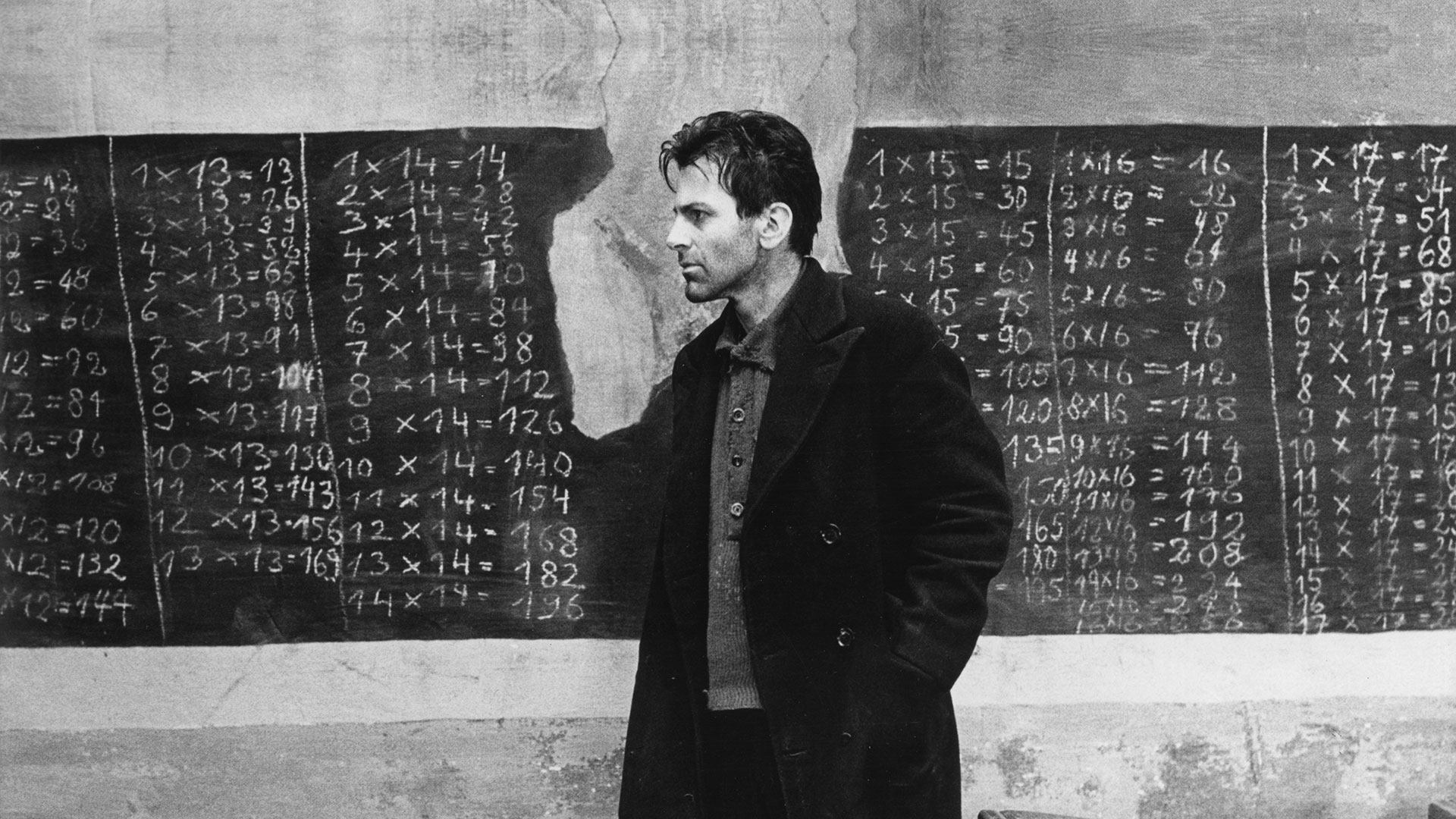 Who was Maximilian Schell? An all-rounder, a successful film actor, an admired theatre actor, who as a feature film director created much acclaimed films with FIRST LOVE (CH/BRD 1970) or DER FUSSGÄNGER (BRD/CH 1973). But it was only with MARLENE (BRD/FR/CS 1984) that he made a name for himself worldwide as a director. His portrait of Marlene Dietrich received an Oscar nomination as Best Documentary Film. The exhibition Maximilian Schell at the (10 December 2019 through 19 April 2020) presents Schell’s artistic legacy. After his death in 2014, his archives were donated to the DFF, which already preserves the estate of Schell’s sister Maria, who died in 2005. The exhibition presents Maximilian Schell as a universal artist who has proven himself in many fields of art, not only as a pianist, art collector, producer, painter and draughtsman, but also as an opera director and author.

More than 20 monitors in the exhibition provide an insight into the many facets of Maximilian Schell’s work. An installation in the foyer invites visitors on a first visual journey of discovery. The curators Hans-Peter Reichmann and Isabelle Bastian have compiled a multifaceted selection from hundreds of photos in the estate, illustrating Schell’s artistic life. Schell as a young actor, as a lover and a broody man, as Hamlet and Jedermann, as a Wehrmacht soldier and Holocaust victim, as a talk show guest and TV star, as a director and gentleman. The exhibition also includes numerous interviews with and documentary footage of Schell.

Maximilian Schell has appeared in dozens of films, played numerous great theatre roles, received dozens of awards – from the Oscar® to the Golden Globe to the German Film Award. Showcasing numerous documents, photographs, screenplays, letters and objects, the exhibition provides an overview of the wide-ranging work of the Vienna-born son of a Swiss writer and a Viennese actress, who fled to Zurich with his family to escape the Nazis in 1938. A 20-minute compilation on large screen presents Maximilian Schell’s cinematic oeuvre, which stretches over 60 years, from KINDER, MÜTTER UND EIN GENERAL (“Sons, Mothers and a General”, FRG 1955, Director: László Benedek) to LES BRIGANDS (Die Räuber LU/DE/BE 2015, Director: Pol Cruchten). His close friendship with Friedrich Dürrenmatt resulted in two films: JUSTIZ (“Justice”, DE/CH 1993, Director: Hans W. Geißendörfer), in which Schell plays the infamous Regierungsrat Kohler with frightening lacony, and DER RICHTER UND SEIN HENKER (“End of the Game”, FRG/IT 1975), which Schell directed and in which Dürrenmatt made a hilarious guest appearance as “writer Friedrich”.

Maximilian Schell stood out not only as a Hamlet actor (e.g. directed by Gründgens in 1963), but also as a Hamlet translator, who always made it clear that the ambiguity of Shakespeare’s verses were only insufficiently translated into German. “In my opinion, you have to adapt classics to the times,” said the still young Schell in an interview that Gero von Boehm included in his documentary HAMLET IN HOLLYWOOD. Schell’s updated translation of the famous key passage in his 1968 Hamlet at the Deutsches Theater in Munich was considered with some malice by literary critic Hellmuth Karasek. However, Trevor Nunn, former director of the Royal Shakespeare Company, counts Schell’s Hamlet interpretation of 1968 among the most significant: “His Hamlet interpretation (…) has influenced English performances for years,” he emphasized in 1983. 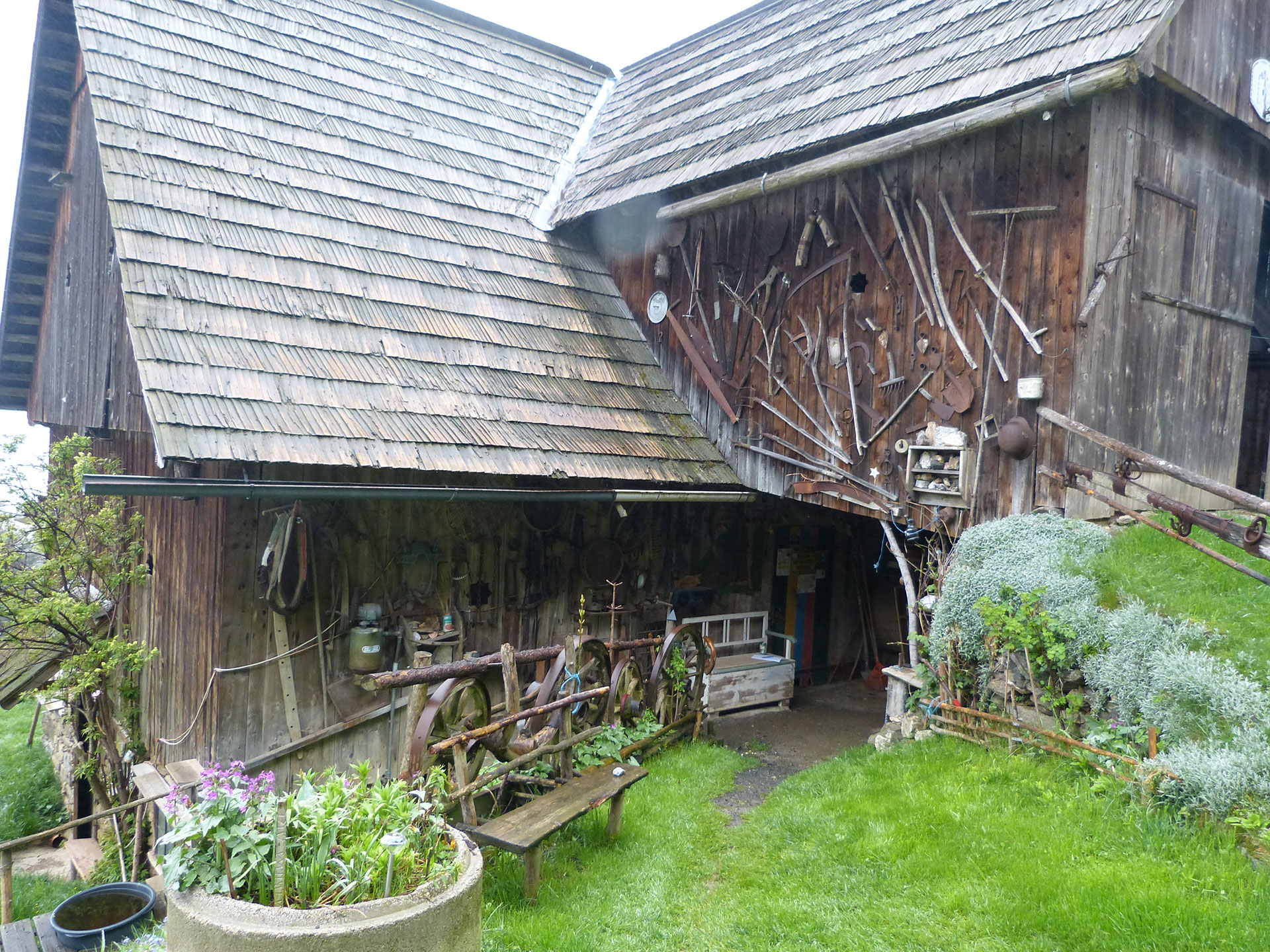 As in Schell’s life, the central element of the Frankfurt exhibition is his mountain pasture in Preitenegg in Carinthia, Austria – a secret haven of the Schell family since the early 20th century. The pasture was his anchor, it was where the actor with a mansion in Beverly Hills spent several months each year to plan and promote his artistic projects in the old hunting lodge. His sister Maria lived in the neighbouring house until her death in 2005. He documented her progressing dementia in a sensitive and respectful way in the much acclaimed film MEINE SCHWESTER MARIA (“My Sister Maria”, 2002).

Schell also withdrew to the alpine pasture to prepare his documentary MARLENE in 1983. A project that inspired and fascinated him, as can be heard in the sound of his voice in the first few of the many hours of tape recordings of the conversation that belong to the estate. But it was also a project that brought him close to despair, because Marlene Dietrich had no intention of cooperating. She neither gave him permission to film her nor her apartment in Paris, where he spent six days conversing with her. Eventually, he ended the recordings prematurely: “Marlene Dietrich, it turned out, not only didn’t want to be filmed, she also didn’t want to give any information about herself and her films. She refused completely, which she kind of admits to later: “I was almost a bitch,” Werner Sudendorf quotes the legendary actress in his article published in the exhibition catalogue. The fact that Schell and his team succeeded in making an outstanding documentary film from the poor sound material, which contains few substantial statements by Marlene Dietrich, is an achievement that is highlighted in the exhibition in a special MARLENE room. A spatial installation hints at the bizarre interview situation in the Paris apartment which found Schell and Marlene Dietrich sat in the living room, while Schell’s team was only allowed to linger within earshot, without eye contact and always under the close observation of Dietrich’s agent, Terry Miller. The MARLENE room focuses on an audio compilation of the conversation lasting several minutes, which was marked by Marlene’s brusque replies, which more often culminated in the devastating exclamation “Alles Quatsch!” (“Complete nonsense!”) 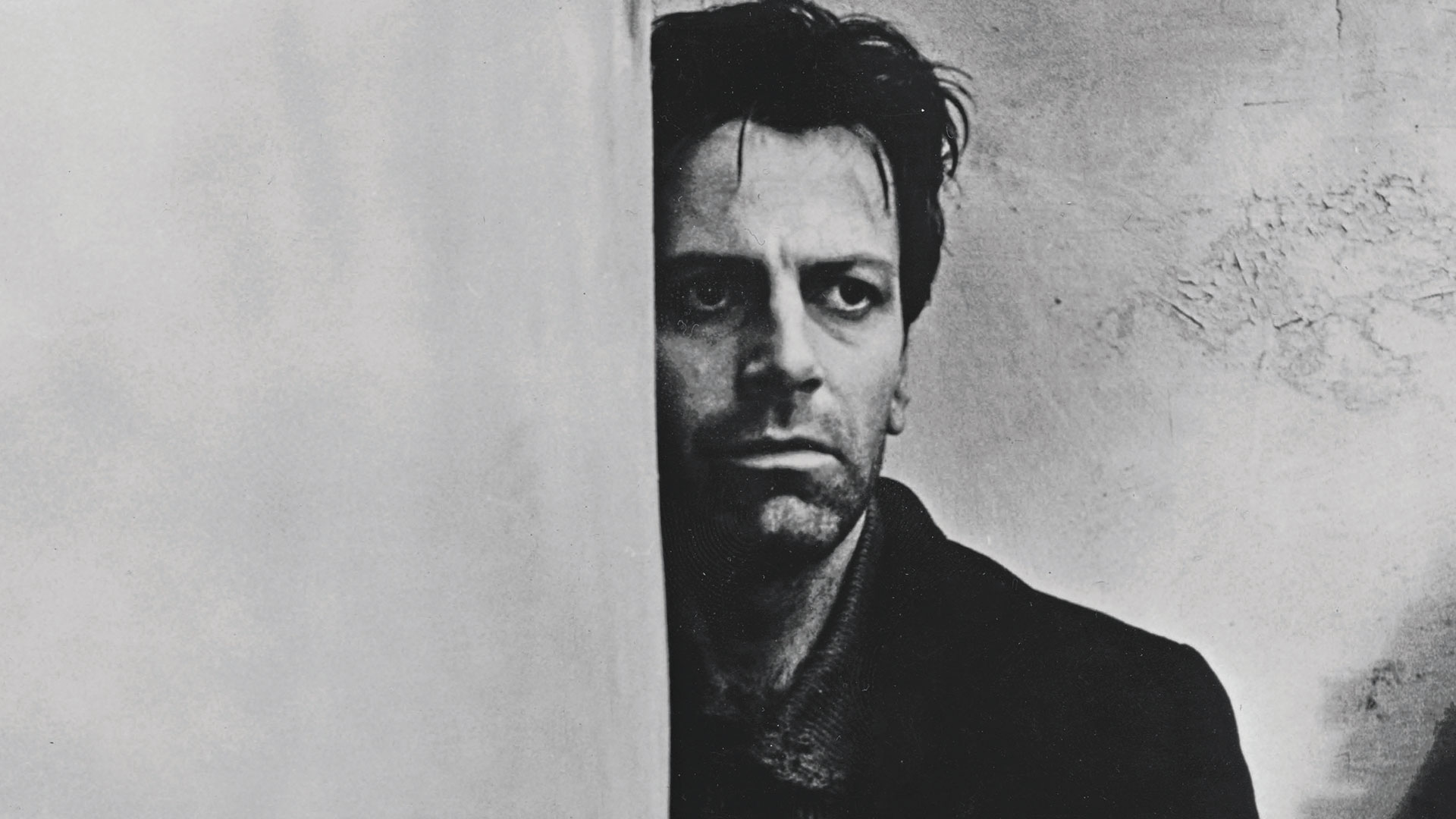 Exhibition catalogue with texts by 17 authors

On more than 300 pages the exhibition catalogue explores Maximilian Schell’s career from all angles. 17 authors shed light on Schell’s acting style and his work in Hollywood, they give insights behind the scenes, into his way of working, they take a look at the knowledgeable art collector Schell and the director Schell, his great love for Shakespeare, his appearances as a guest star in Hollywood blockbusters of the 90s, his documentary film MY SISTER MARIA and of course his extremely successful crisis project MARLENE. 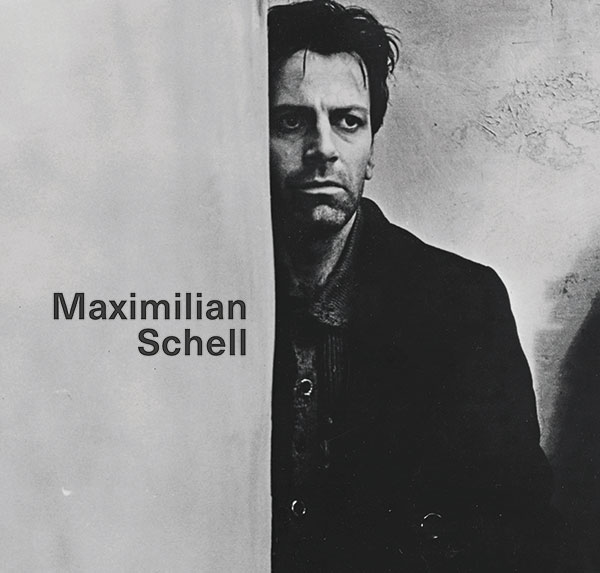 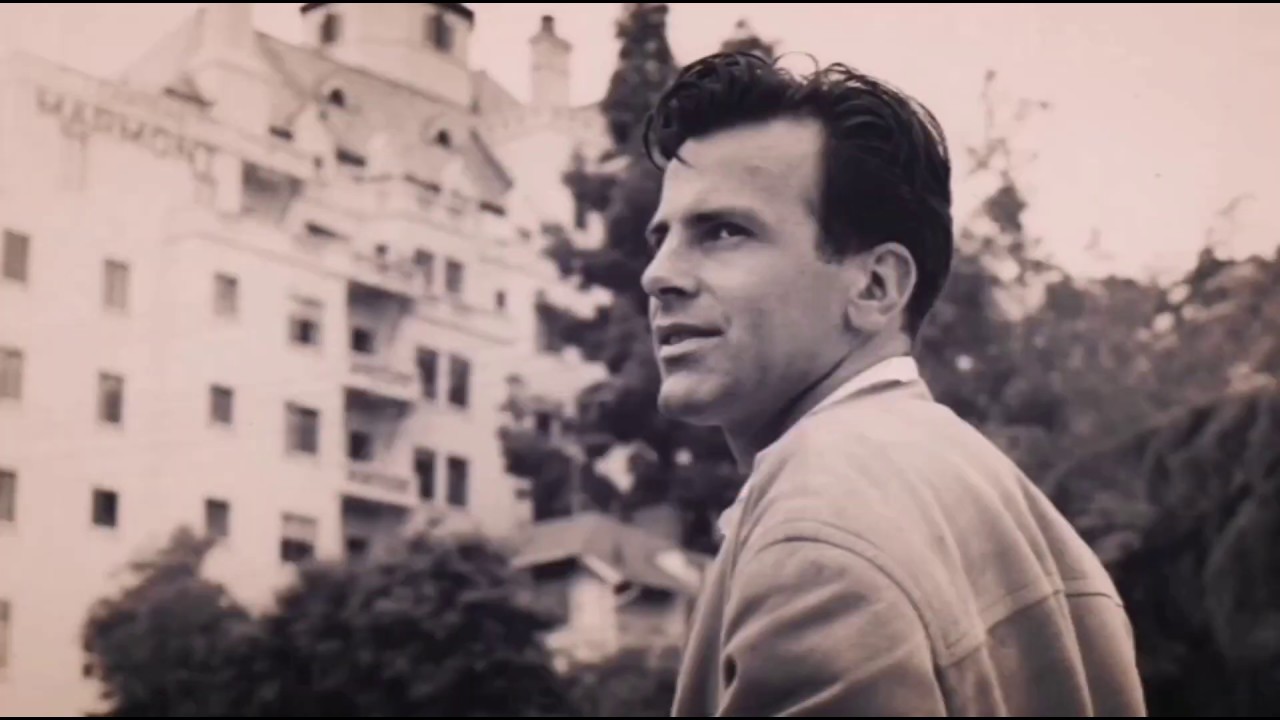 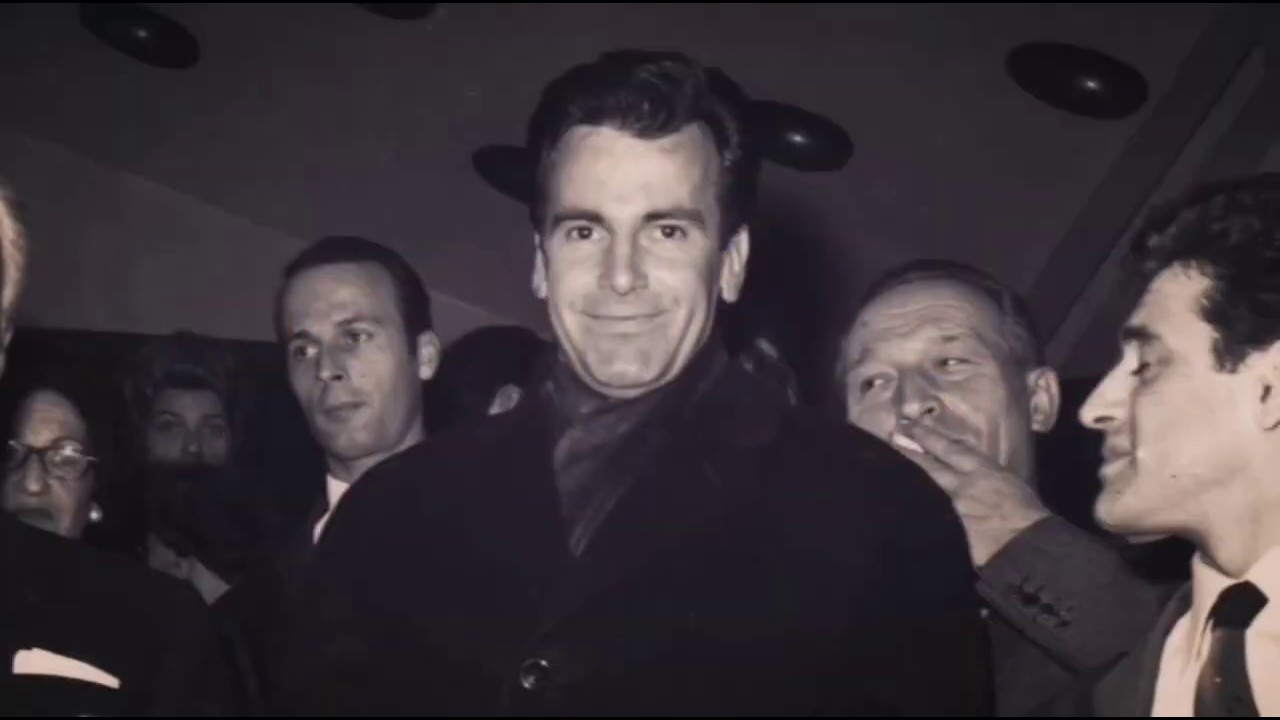 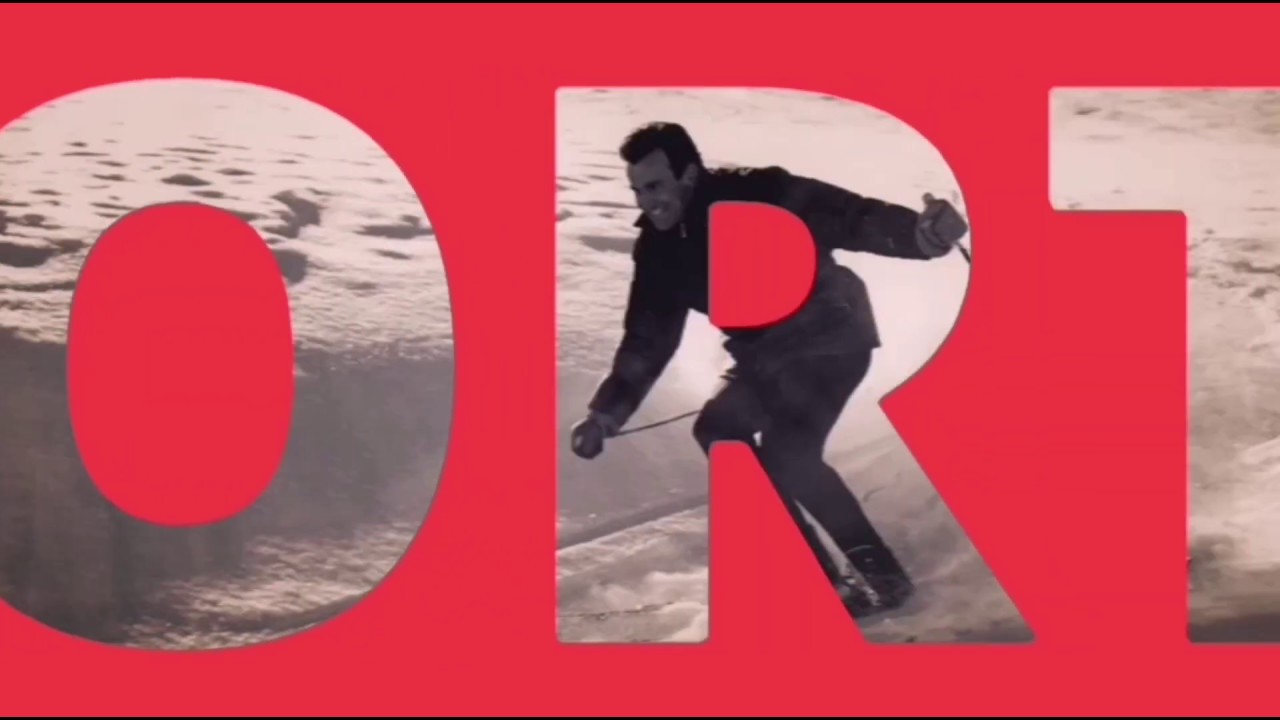 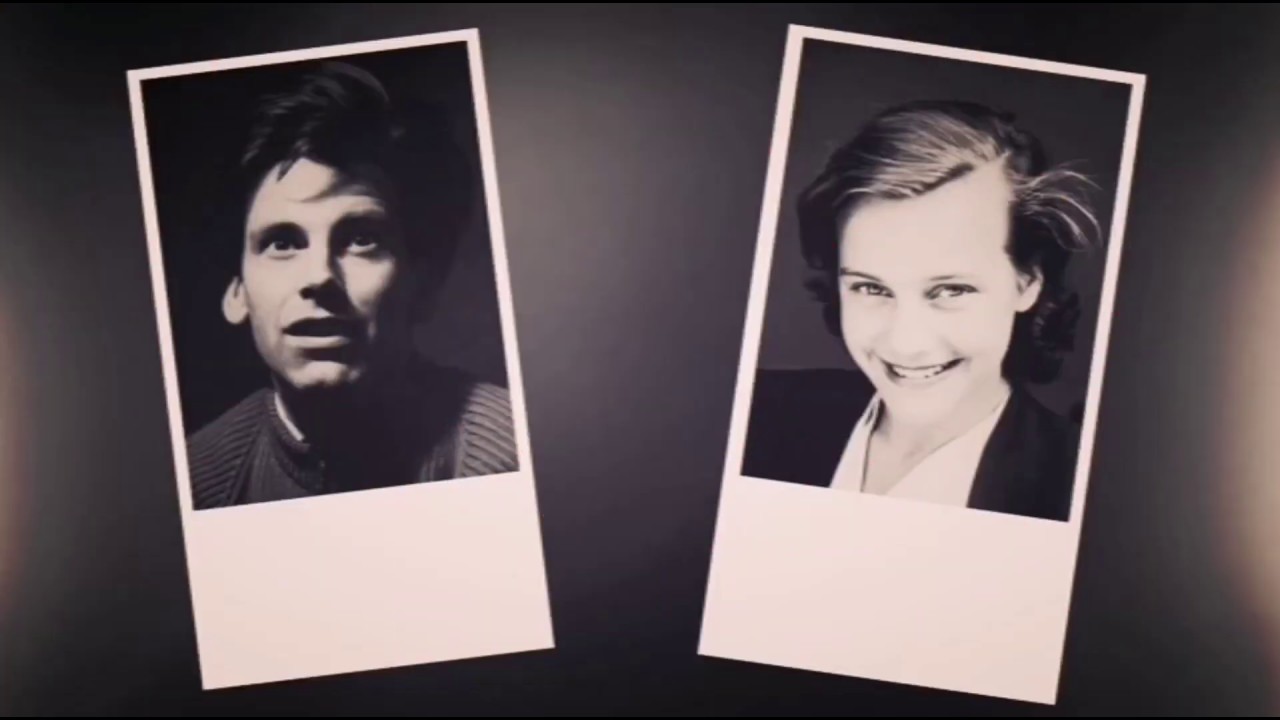 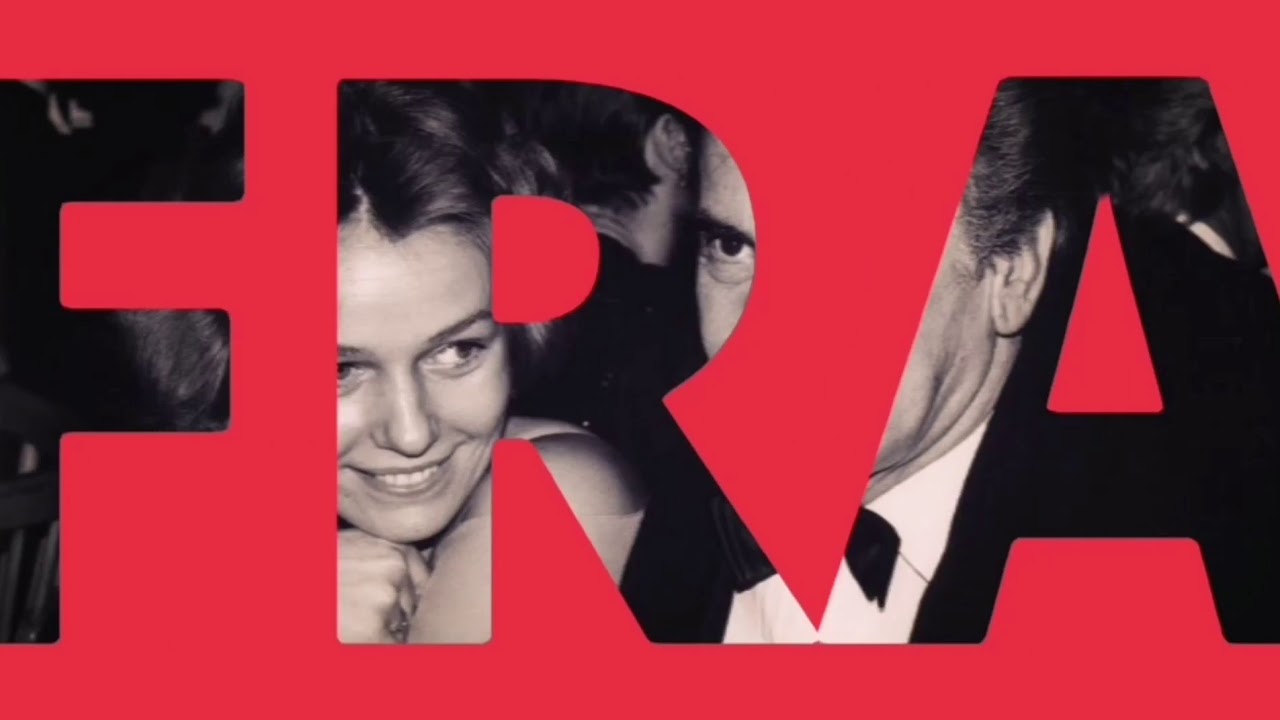 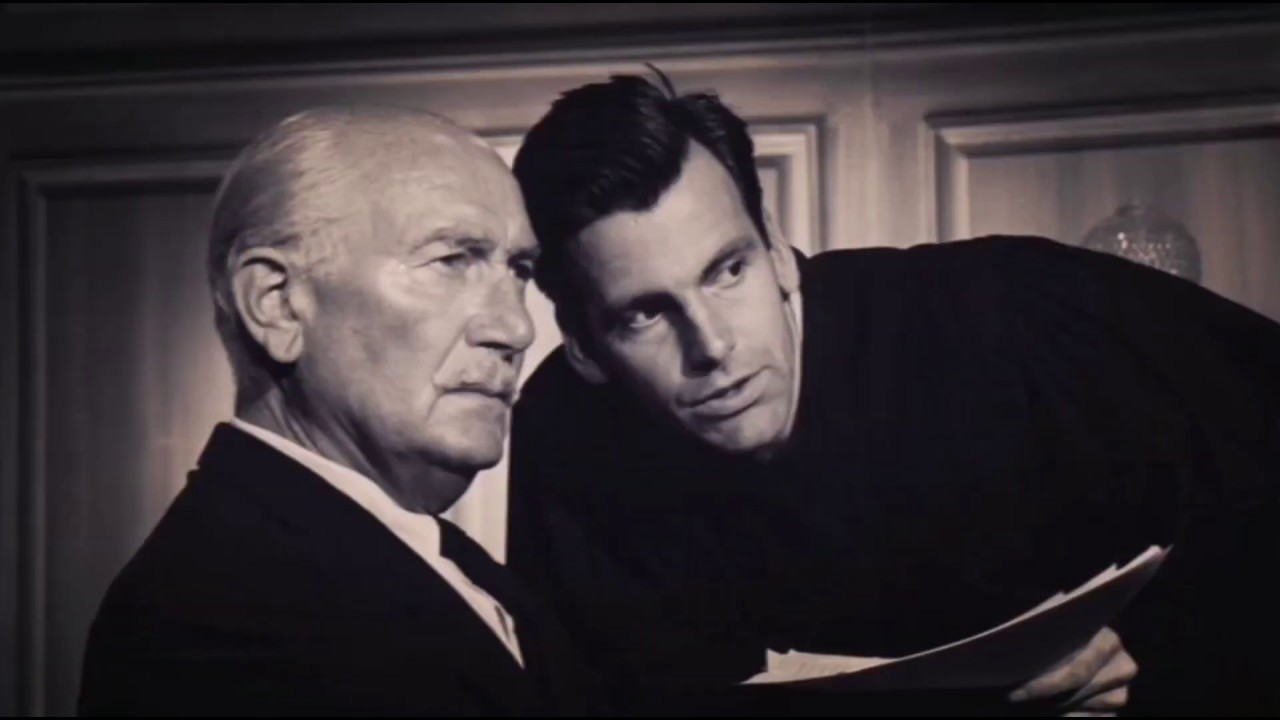