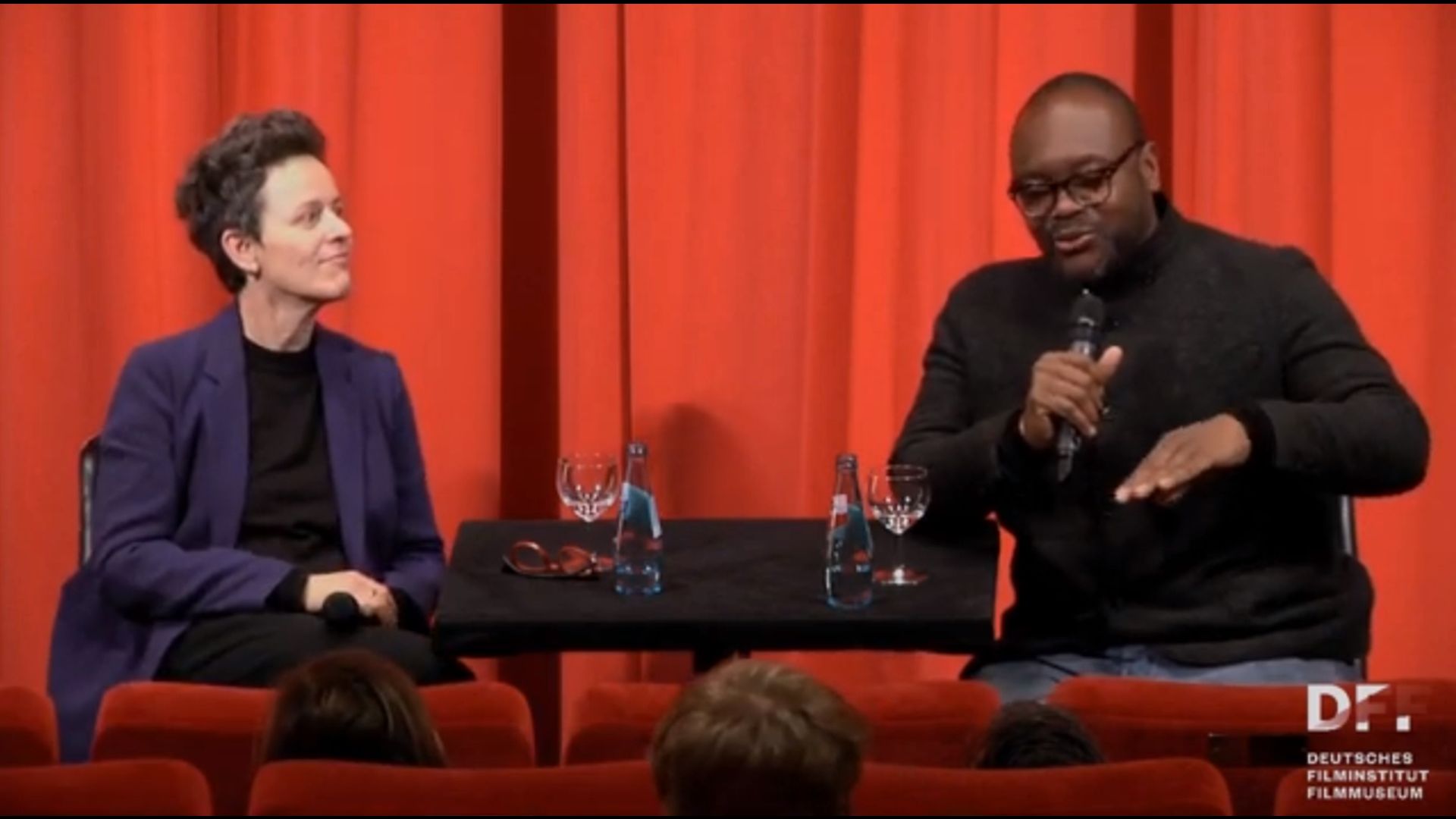 OUR WISHES is a series about the colonial past of Cameroon and Germany. It is a document jointly written by the leaders of the Duala people. In it, they formulated their basic demands before signing the treaty at the Berlin Conference in 1884, as a condition for leaving their territory to the Germans.

Wanita leaves her house one morning without knowing that it is the beginning of her journey to Dimsi, the country that cannot be seen. In search of her identity, Wanita is driven 150 years into the future, into a world dominated by immortals, where African cities have become huge megacities. NAKED REALITY, a black and white afro-futuristic dystopian fable, is an abyss of the filmmaker’s work and his philosophical and aesthetic exploration of the dividing line between fiction and reality.