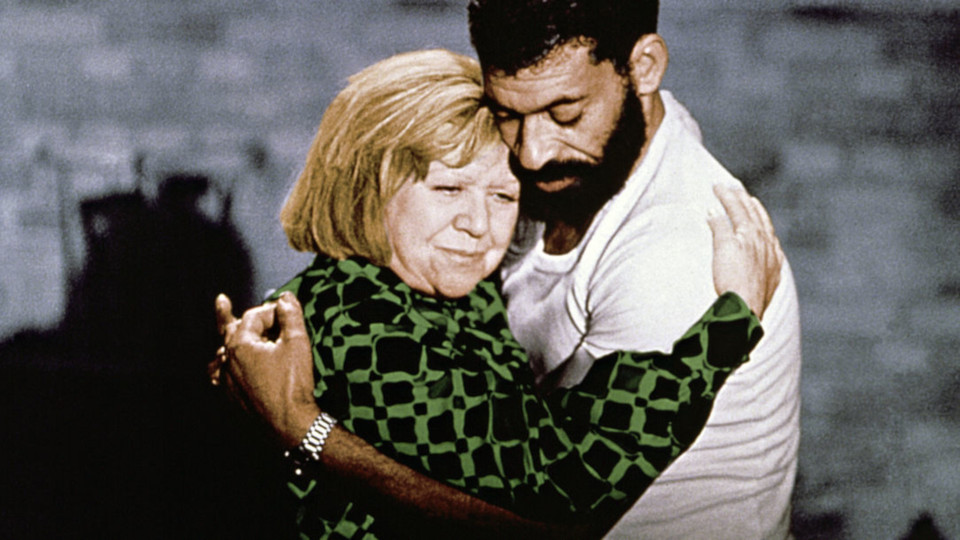 A love affair develops between the 60-year-old widow Emmi (Brigitte Mira), who earns her living as a cleaning woman, and the Moroccan Ali (El Hedi ben Salem), who is twenty years younger than Emmi. Soon they have to struggle with the prejudices and intolerance of their environment. In one of his most successful films from 1973/74, Rainer Werner Fassbinder analyzes a love that not only has to stand up against racism and philistinism, but also – a common Fassbinder motif – gets into trouble due to mutual dependencies.

Douglas Sirk’s melodrama ALL THAT HEAVEN ALLOWS (USA 1955) about the socially ostracized love affair between a wealthy widow and a younger gardener inspired Fassbinder to make this timeless film. ANGST ESSEN SEELE AUF is one of the classics of European cinema – its political topicality and its unsparing view of the violence of interpersonal relationships still captivates.