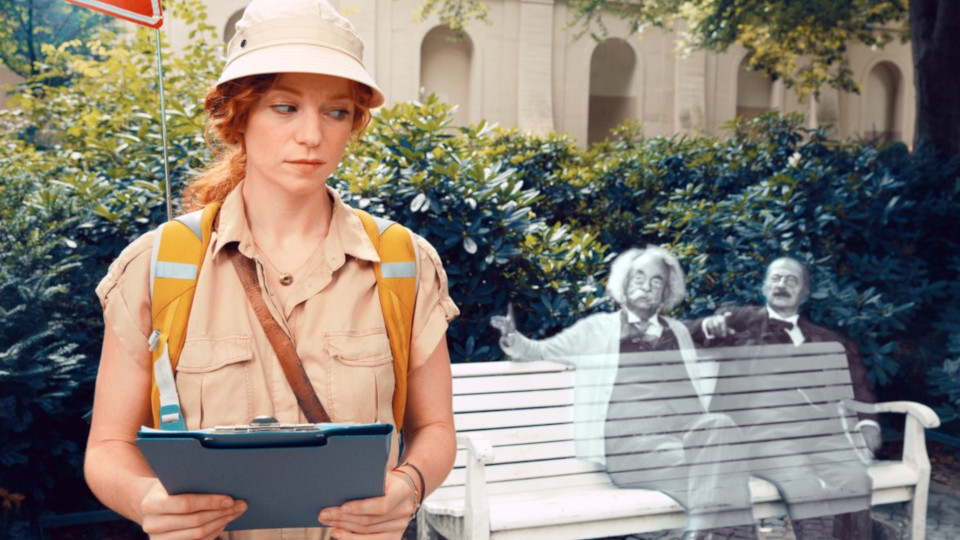 After the early death of her parents, Cleo became a loner. As an adult, when she meets the adventurer Paul, who has the map to the legendary treasure of the Sass brothers, she hopes to see her parents again. Part of the treasure is a magical clock with which Cleo wants to turn back time and undo the death of her parents. The search takes her through the modern city and deeper and deeper into the past. Berlin itself becomes a protagonist of the film: manhole covers, clouds and houses show Cleo the way. Cleo also has the ability to talk to historical personalities: Albert Einstein, Max Planck and Marlene Dietrich are just some of Cleo’s ghostly helpers on her treasure hunt.

Trailer, further information and educational material accompanying the film are available on the website of SchulKinoWochen Hessen: